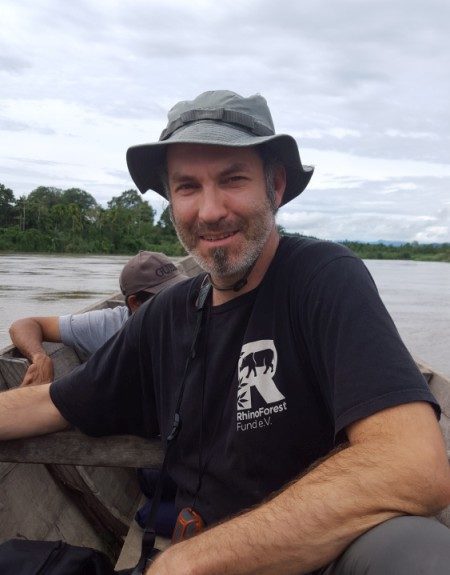 Driven by many questions about the often strange behavior of humans, Robert studied social sciences and graduated in 2004. Furthermore, Robert has always been an avid nature lover, which automatically led to a great interest in the particularly biodiverse tropical rainforests.

Between 2004 and 2007, during several stays in Southeast Asia, he was able to get an impression of the breath-taking diversity of life in this megadiverse region. At the same time, it became increasingly clear to him how threatened this diversity is and that it can only have a future if enough people get effectively involved as soon as possible.

This involves Robert leaving the role of critical bystander and actually making targeted, constructive changes to landscapes. The decision to commit to conservation in Southeast Asia as a top priority led to the founding of the Rhino and Forest Fund in 2009. Since then, Robert has been working as a project manager, executive director, and board member of RFF, primarily on conservation efforts in Malaysia and Indonesia.